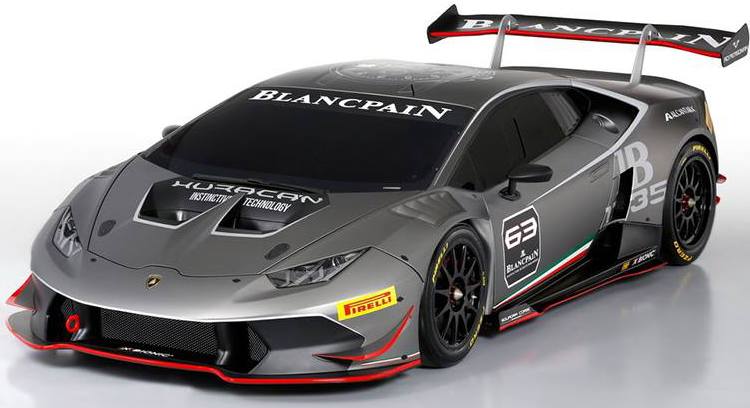 2015 is the year for Luxevile to shine with the amazing Luxevile Racing Team! After the positive presence in GT4 European Series last year with the exclusive and unique customized Aston Martin Vantage, this year Luxevile Racing Team will make its presence at the Super Trofeo Lamborghini Huracán, signed by the Haute Horlogerie brand Blancpain.

The Super Trofeo is an international motor racing series launched in 2009. Since then it has gained a high reputation and respect from people all over the world: from enthusiasts to professionals, this is one of the most important championships if you are a true motorsport lover.

Sergio Montez and Eugenio Montez will continue to represent Luxevile on this field and all technical issues regarding the championship will be carried out by partner brand Veloso Motorsport, thanks to its vast knowledge on the field with a team always ready to solve all technical aspects with the aim to win. A unique team that will show once again its strength through the year 2015 in new international fields.

After the team première in 2013 at Troféu 500 Abarth and its presence in 2014 at Campeonato Nacional de Velocidade with Norma M20FC prototype, Luxevile Racing Team got even stronger with its presence at the famous GT4 European Series in Monza with the Aston Martin Vantage.

A year of pure emotions for sure that will take place in six emblematic circuits such as Monza, Silverstone, Paul Ricard, I-Racing Nurburgring 1000 and Spa-Francorchamps in Europe and Sebring in USA. First circuit will take place in Monza in April so stay tuned for the upcoming news about the amazing Luxevile Racing Team!

Follow us on our Facebook page and get the latest news about the luxury world we have for you.